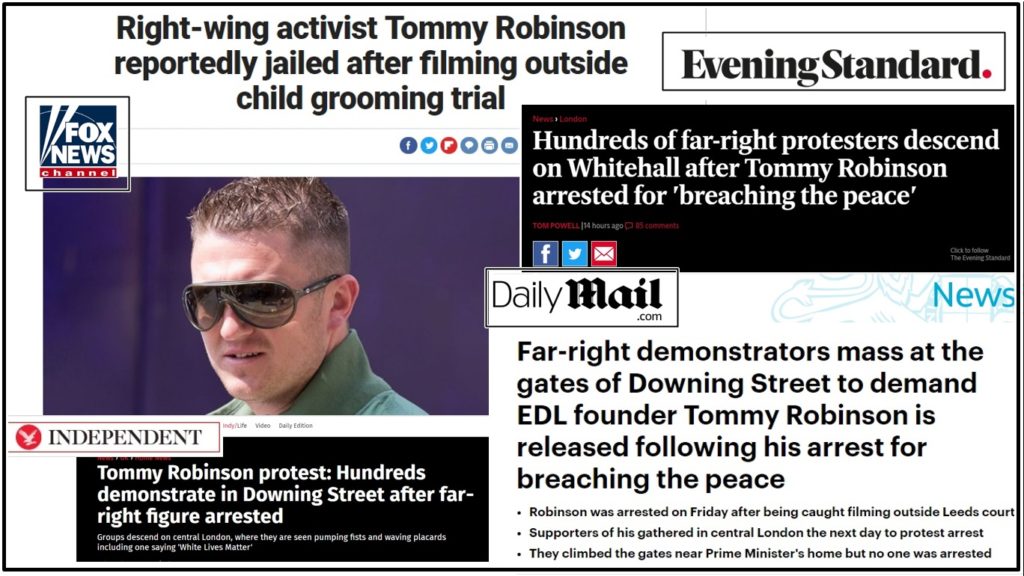 After a tyrant government arrested Tommy Robinson and condemned him within 4 hours, the judge ordered to the British press of not reporting the arrest of this innocent man or they will be arrested too.

It seems that now the British government has changed its tactics and instead of the totalitarian intimidating behavior adopted the tactic of lying to the British people. After the attorney of Robinson refused to release information for fear of being arrested, the press, curiously, broke the silence and begun publishing articles calling Robinson and his numerous supporters “Right Wings”.

There is no much to be surprised, being the destruction of the reputation of the adversary a very common maneuver used by tyrants, criminals and dictators in general. Also, another tactic very common to dictators and mass murderers is to make “disappear” their political opponents. From Kim Jong Un, to Mao, to Castro, all major criminals and assassins in history have used this tactic. In Communist Russia the government – and in China as well – used to arrest its political opponents and make them vanish. 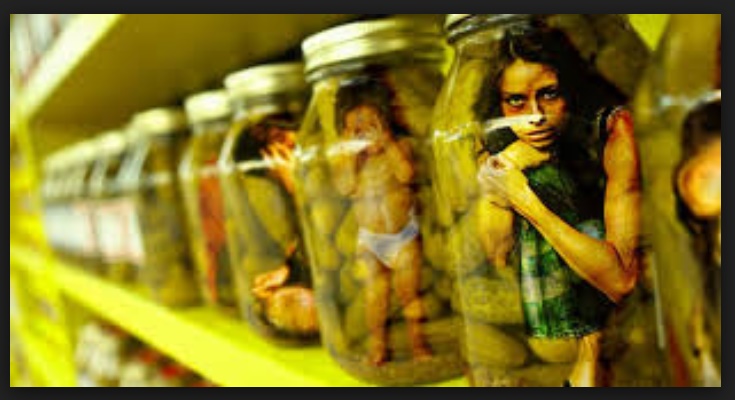 The truth is that Tommy Robinson put his hands on something really big. He was outside a British court during the trial of Muslim gang rapists denouncing the favor treatments that those muslim rapists received because of their always inconsistent punishments.  Basically the English courts always release all the muslim who gang raped girls. They are rarely condemned for their crimes. The British government is in fact involved in a massive cover-up of the muslim gangs.  For at least 10 years the British authorities had refused to condemn any muslim group raping children. If we take a look at the statistics it’s easy to see that the sexual assaults perpetrated by muslims are about the 25% of all rapes happening in England and about the 80% of the gang-rapes. If we consider that in England the muslims are only the 4% of the entire population, those numbers are simply astonishing! The terrifying question is: when muslims will be the 15% or the 20% of the population what will happen in the streets of London?

After the muslim population begun to immigrate in mass to the Western countries included England, other crimes skyrocketed, like the acid attacks, in fact, while Stockholm became the rape-capital of Europe, London became the acid-attack-capital of Europe. Throwing acid in the face of women is a common behavior in islamic countries, where women have been harshly punished, humiliated and tortured on a regular base. 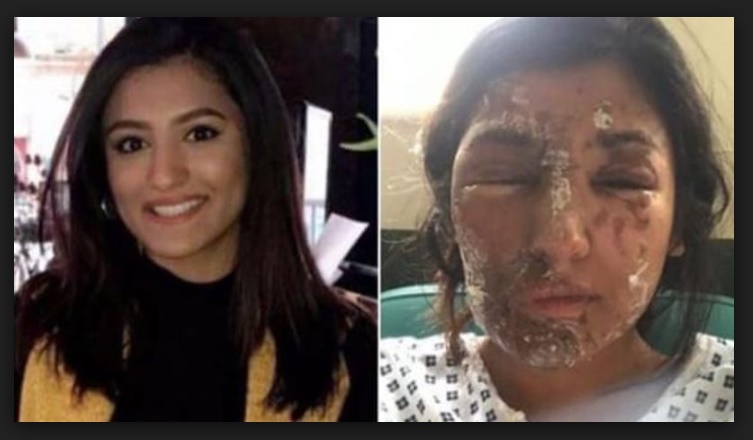 The question is: Why the British government (and the German Government) keep covering up the crimes of the muslim migrants? And why they insist to import thousands of those muslims at risk of their own citizens? Why those governments do that? 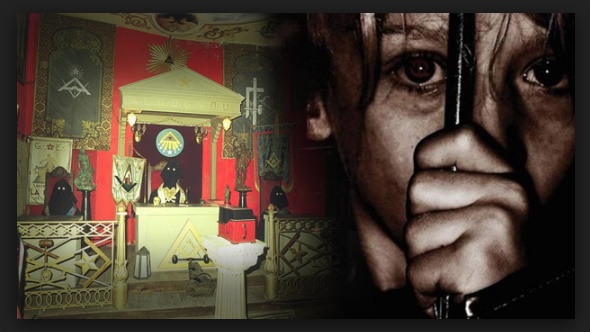 This hypothesis makes quite sense and explains why the muslims are always protected by the corrupted governments of Europe, no matter how many crimes they commit. That’s because the elites are pedophiles and pray on children, and muslims are like their dealers providing them with what they want. The same is happening in Hollywood. That explains perfectly why celebrities love Muslims so much. Do not forget about Roman Polansky and the passionate defense of such a rapist and pedophile from part of Meryl Streep. No surprise that many have begun to call Hollywood “Pedowood”.

Initially, the British government prohibited the press to release any information about the sketchy arrest of Tommy Robinson. At that point, a huge support from outraged people stormed the internet and the streets of London. Since the elite could not cover up what was happening anymore, they decided to lie. So the government changed his tactic and allowed the press to publish articles about the arrest of Tommy Robinson.  This concession was made on the condition that the journalists would call the numerous supporters of Tommy Robinson “Right Wing” or “Far Rights” in order to defame them.  Useless to say that those are all lies and the people who support Tommy Robinson are everyday people, of all races, genders, and ages. Calling these people “far right” is not only disrespectful and utterly ridiculous but it also shows how deceptive and dishonest the elite is. 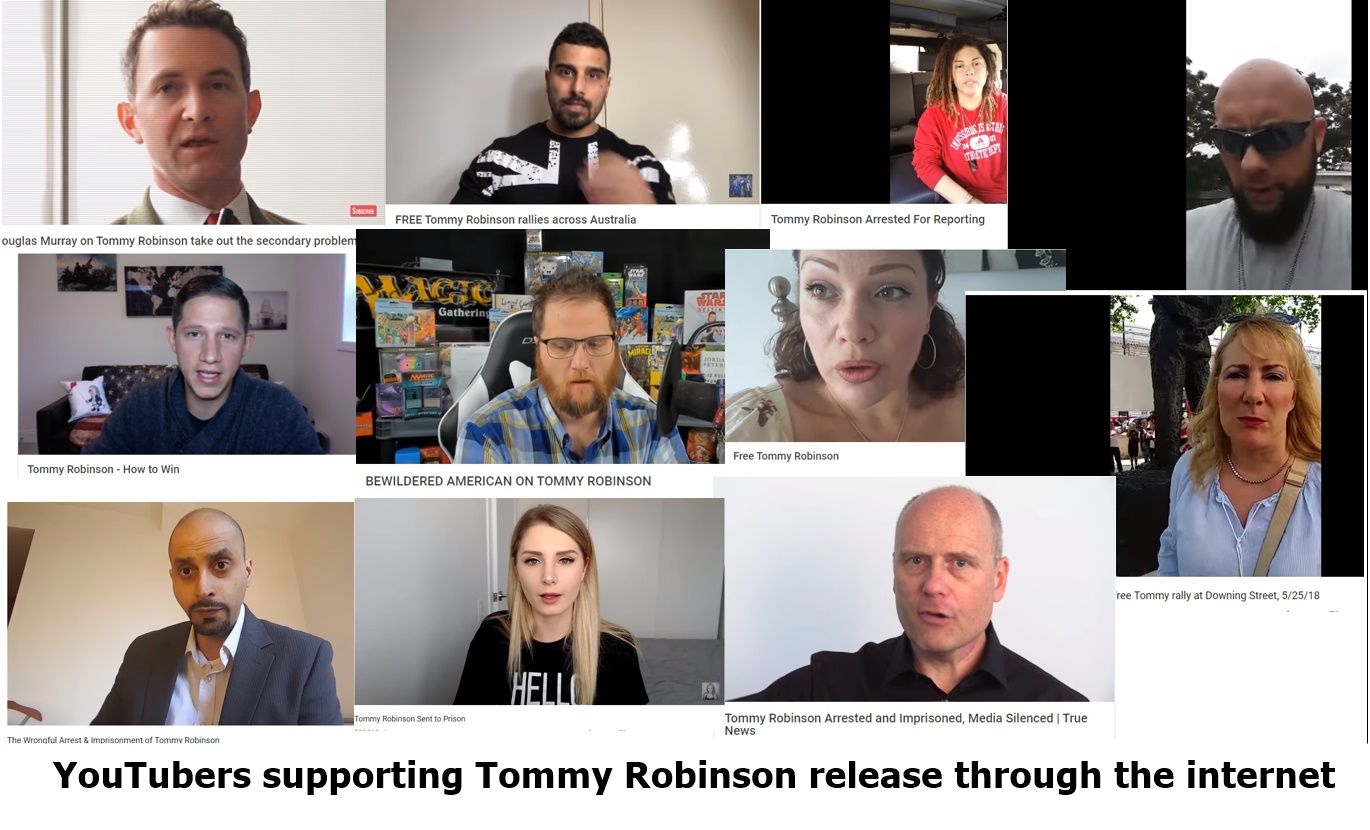 A petition to free Tommy has reached almost its maximum limit of 200,000 signatures in a little more than 4 hours!

On the streets of London, many citizens exhausted by the crimes of Muslims and the corruption of their government showed up to support the release of Tommy. Tommy Robinson has been sentenced within 4 hours from his arrest to 13 months in a prison filled with jihadist that will probably kill him. 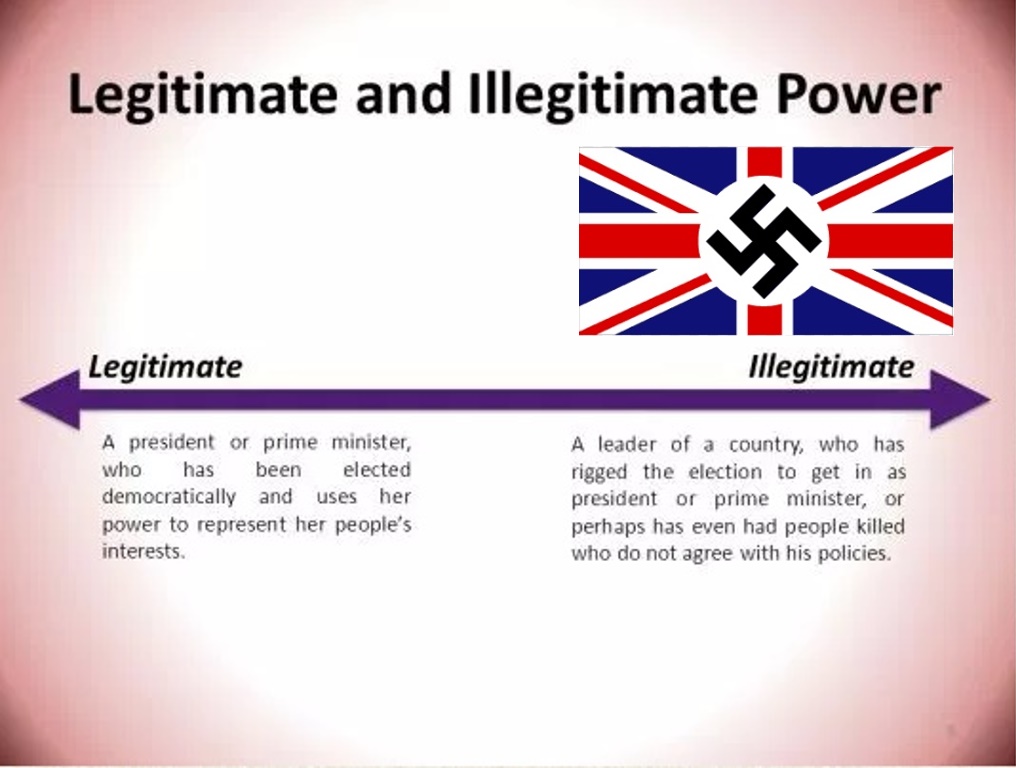 The government of England has power but no authority because is no longer doing the will of their people. In fact, the government has totally ignored the result of the Brexit referendum. The crooks in power are trying in every way to reverse Brexit and nullify the will of the people.  The British people didn’t vote for mass immigration of muslims into their country and it’s clear that the majority of them (not far-right but regular people) don’t want them in their country. The fact that this government ignores the will of the people, suppresses the freedom of speech and jails the dissidents make it an illegitimate government. 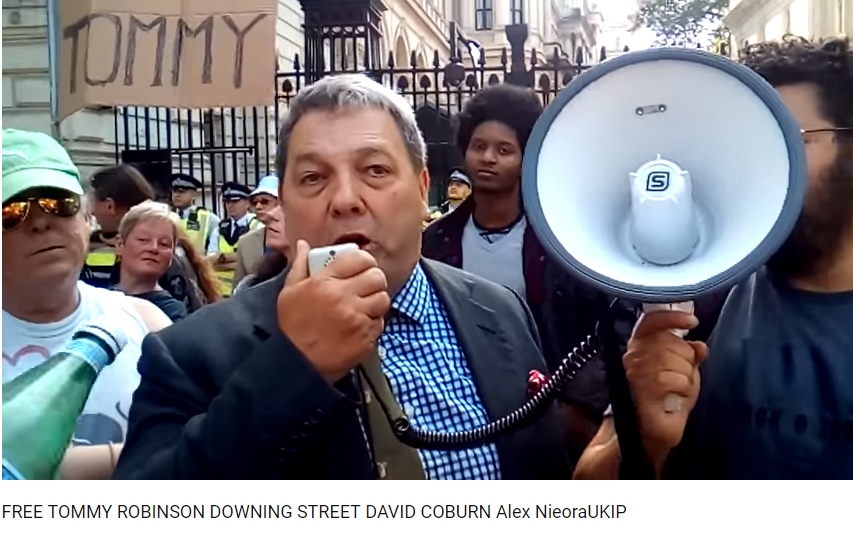 Unfortunately, the situation is no different in France, Italy, and Germany where the governments are completely ignoring the will of the people, in favor of the impositions from the European Union. The mass immigration of Muslims seems to be orchestrated by some obscure shadow government that is planning to replace the original population of Europe and to establishes dictatorial regimes all around the continent.

5,397 Replies to “Tommy Robinson and his supporters are NOT Right-wing activists! STOP with your LIES!”