It’s a while I wanted to write about this topic. We all know what is happening in Europe with the mass invasion of third world individuals that started back in 2015 and before with the war in Syria. So the refugees started to come to Western countries because of the war in the Middle East. Still back then, those migratory fluxes were quite fishy. ln fact, in every video and picture of the refugees’ crisis there were very few women, no children and no old people at all. How come those refugees were all 20-35 years old men? Where were the women and the children? Did they leave them in the war zones? 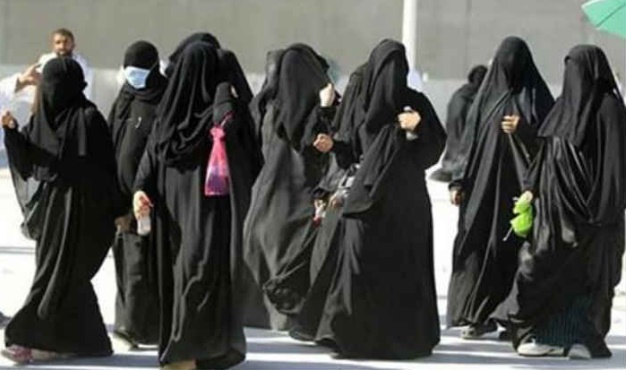 After the war in Syria ended, lots of economic migrants started to come to Europe from Lybia and Africa. Another bizarre fact about all this migratory stories is that the Middle Easterns allowed in America, under Obama (and in Europe too) were only Muslims: no Christians were allowed to flee the war? How absurd is that? Actually, the Christians were the most at risk since they have been killed regularly by the Muslims following their Koran commands from Allah, about decapitating the Kafirs.

Now, you may ask: “how do you connect all this disastrous invasion of third world people into Europe, to women?”. Simple: Angela Merkel, the politician who passed the legislation that gave free access to Europe to everyone  (and who curiously won the Kalergi Prize), justified her suicidal betrayal of Europe saying that since the population of Europe is visibly shrinking, new young people were needed to fill the gap. In other words, Merkel justified the mass immigration of Europe saying that since Europeans did not have enough children the population of Europe was aging fast with disastrous effect on the economy. Young people are needed to pay taxes and to support the part of the aging population that is exiting from the job market. According to Merkel, the solution was to get young people from third world countries. It would be interesting to ask Angela Merkel how thousands and thousands of illiterate and unskilled migrants who spend their entire lives on welfare could ever improve the economy? Those migrants don’t pay taxes, they suck the welfare paid by the citizens of Europe instead. They cost a huge amount of taxpayer money just because of the number of crimes they commit. 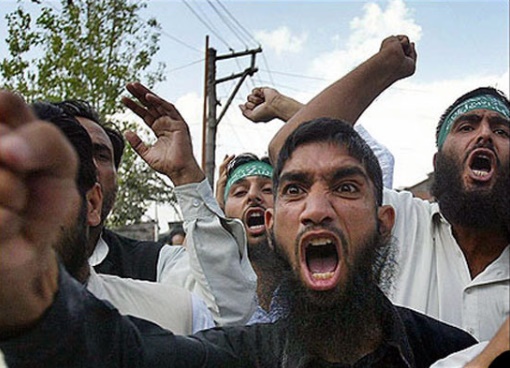 So, even if the argument brought by Angela Merkel is idiotic (dear Angela Merkel if you want immigrants who contribute to the economy and pay their share of taxes you gotta import them from Japan or from New Zeland, not from Africa and the Middle East) that was her justification for mass immigration: declining European population. However, this will be the topic of another article that will be focused on the Bank Cartel with George Soros and their plan to turn Europe into a giant Communist continent. 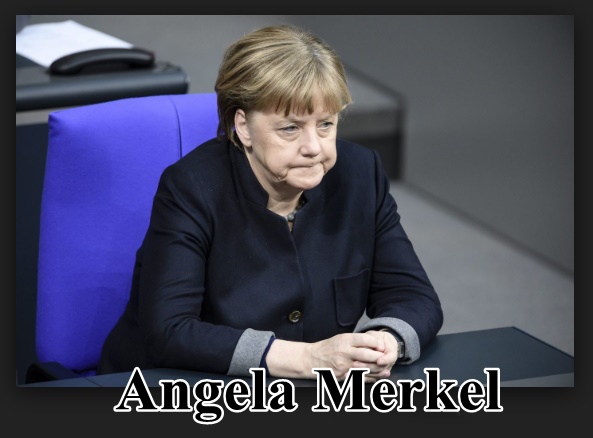 The point is that all the masses of third world migrants pouring into Europe are justified by the fact (ridiculous per sé) that the shrinking European population needs to be replaced. So, why the populations of Europe – and all White/advanced countries in general – are shrinking? Because Europeans don’t have kids and don’t even get married anymore!

I love YouTube even if I think we should all migrate to BitChute since Google is operating as a fascist anti-freedom of speech tyrant by shutting down YouTubers who express anti-socialist ideas. Anyway, I follow many independent channels on Youtube, in order to escape the fake news on tv, and I saw many YouTubers say that the European shrinking population is the fault of Feminism. But I don’t think so. I cannot stand the modern Feminism and I consider it plain pathetic with its ridiculous hate toward the male and its absurd tentative of emasculating all Western men. What a toxic, negative movement! However, I honestly don’t think that women initiated this. And that because I am a woman and I know the nature of women. Maybe some obese feminist with a ring in her nose gave up on men, but the majority of women WANT a man in their lives. And that is natural and beneficial. So many girls I met when I was younger and even, later on, wanted to get married and start a family. I believe that this desire is instilled into the very soul of every woman.  The desire to be a mother at some point, and to have a man next to them is a natural feminine instinct and desire. 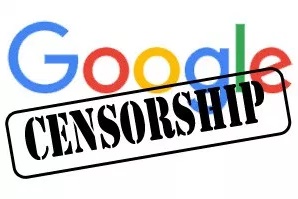 When I was into dating, before getting married, and later on after my divorce, I have always seen the same scenario, both here in the United States and in Europe where I am from: almost the totality of men avoid commitment, avoid marriage and avoid responsibilities altogether. The large majority of men want to have a large number of sexual partners without having the responsibility of a wife and children. That is the real reason why women don’t get married and don’t start a family: it is not because they rather dye their hair green and proclaim themselves feminists! It is because the large majority of men don’t want to get married. So, with what alternative women are left?  Marry each other? I believe that many women embraced lesbianism because of the desire of a having a stable partner that could not be found among men. As a woman, we all had pretty much that same experience of dating a man who calls only at the end of the week when is planning to go out and possibly have sex, but for the rest of the week is gone, like he doesn’t belong with you. Personally, I am not interested in something like that and at some point, because of this common and disrespectful behavior of men, I just quit dating.  However, I know plenty of women and girls who keep dating and keep having this same, depressing experience: the guy only wants to go out and have fun but nothing more. Impossible not having met one guy like that, being the number of men out there who behave like that simply huge. 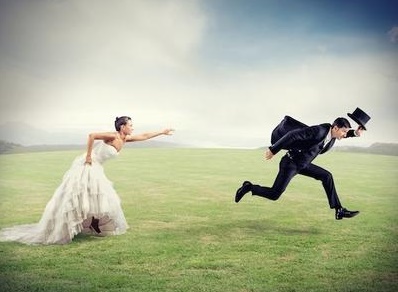 Some people (especially men) try to explain this behavior by saying that since the law is always on women’s side and if a man got a divorce, probably lost everything so that is the reason why men avoid commitment. I have to say that this is a valid argument and in fact, I disagree with the fact that the man has to support an ex-wife and go to prison if he cannot afford to pay the alimony. Also, the custody of the kids should not always be given to the mother and should be more equally shared. If a man cannot pay the alimony, he should not be imprisoned for that, in fact, that is unjust and totally crazy. In addition, a divorced woman should contribute to support her children and not only rely on the alimony check and on the government aid. People, in general, should be more responsible and not having kids if they cannot afford them. Eventually, by stopping forcing the man to support his ex-wife, women and men would try harder to make their marriage work and that would be very beneficial for all the society. 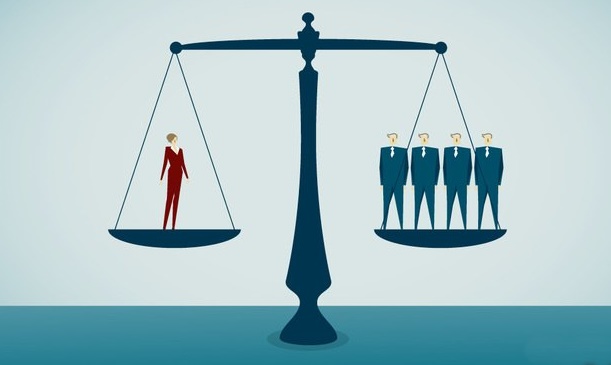 If you surf YouTube you can find literally plenty of YouTubers claiming that women with their feministic behavior destroyed the institution of the family in the West and so justified mass immigration as a politic maneuver to get more “young people” into Europe. Here are just one of the many videos proclaiming that the destruction of the family is totally women’s fault:

In this videos like in many others, they say that women refuse to have a man and prefer to jump from bed to bed when they are young, wasting the best years of their lives instead of getting married. This is where I disagree, in fact, this is simply not true. I spent the first part of my life in Italy and, like so many girls my age, I would have been very happy to get married at 22 and have a bunch of kids. But since then, men did not want to get married, usually pointing out that they were too young and they preferred to wait at least until their 30s.

What I believe is that Feminism did not create the decline of the family like all those YouTubers say. I believe that happened the exact contrary! Men at some point decided that the responsibility of a family was too much of a burden and so it was just better for them to have sex with multiple women and avoid any commitment with any specific woman. This is what created Feminism, in my opinion. Feminism was a woman reaction, triggered by the rage and the frustration of not being able to follow their natural instinct and being wives and mothers.

But the question to ask is: “why men stopped to want a family?”. In fact, men used to get married in the 50s, so what happened? Happened “the sex liberation”. In other words, women started to have sex freely with men that were not their husbands. Before that, it was a requirement by the society in its whole that women did not engage in sex before getting married and the social price to pay for not respecting this social rule was the shame and the social condemnation. So, women just did not engage in sex before being married. Men had to get married if they wanted to have regular sex consistently with a woman. 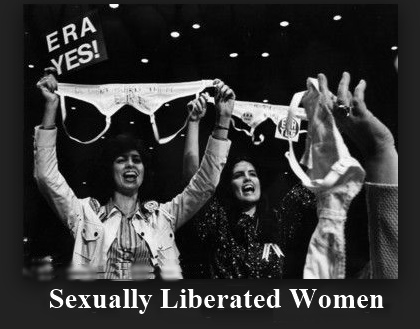 When women have been sexually liberated, they began to have sex freely with any male partner without necessarily asked to be married to him. After this point in time men started gradually to stop to marry women. The reason why men don’t marry women with whom they can finally have sex is summarized in a popular saying from the 50s that mothers used to repeat to their daughters “A man doesn’t buy the cow if he can have the milk for free”. This saying was said to convince young women to avoid sex before marriage and “says it all”!

What finally ruined the West by destroying the family, have been two facts:

At this point, the family declines. Nowadays, men want sex and avoid taking responsibilities by playing a multitude of games in dealing with women. Consequently, women feel used (fair enough) and some respond by getting pregnant and using this trick to force their sexual partner to marry them, usually ending up as a single mother or as an ignored wife. All this made the relationships between men and women faker and faker and more and more difficult. The result is that the populations in Europe are declining extremely fast. And phony politicians, following the EU agenda (like Angela Merkel), are quick to use this excuse to destroy Western civilization and attempt the transformation of the world into a giant communist entity easy to control. 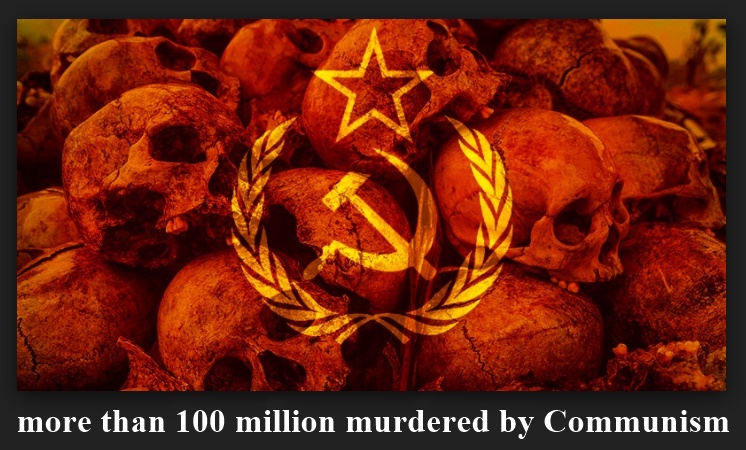 I am sorry, but men are guilty for the declining of the West as well as women are. In fact, women are guilty of not being able to think logically and of following phony movements encouraging the mass immigration of people who are hostile, unemployable and ultimately the enemy of the country that hosts them. Men are guilty of being able only to seek temporary pleasure without seeing the beauty in the continuation of their own civilization, through the creation of families and new progenies.

When the safe and rich Western countries will become like third world shitholes countries, with women sold as slaves, men pooping on the sidewalks, rampant criminality, injustices, poverty, total lack of human rights and total chaos, will be a great consolation for the new generations to know that men and women have been working in a team to throw the Western Civilization down the toilet. 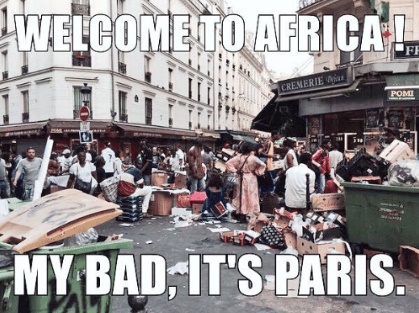 178 Replies to “The Invasion of Europe isn’t Women’s Fault!”